Shopify BFCM Guide: Tips and Examples to Make the Most of this Holiday Season

The holiday season is a much-anticipated time in the business world. After all, retailers across the board have a unique opportunity to boost their earnings while meeting their customers’ needs and wants. In particular, two shopping events come to mind: Black Friday and Cyber Monday (BFCM).

If you’re looking to capitalize on these singular shopping events, you’ve come to the right place!

In this deep-dive Shopify BFCM guide, we are going to look at tips, examples, and ideas you can use to make the most of this holiday season.

What is Shopify BFCM?

Shopify BFCM refers to the much-hyped number one shopping event of the year. You’re surely familiar with Black Friday and Cyber Monday. So, we won’t get too much into what these events are.

But how much do you know about taking advantage of these events as a business, not a shopper?

That is the million-dollar question!

Black Friday officially kicks off the holiday shopping season. So, it’s an event where shoppers want to maximize their dollars to get the best in deals. Consequently, retailers are ready with jaw-dropping deals and doorbusters.

Cyber Monday follows Black Friday. Retailers often move in-store deals to their e-commerce sites to continue generating sales. Savvy retailers know that offering different in-store and online deals are a great way to keep sales going. It’s quite common for retailers to “leak” BFCM sales in advance. They often do this to generate hype among shoppers.

How do you Attract Customers on Black Friday?

In short, attracting customers on Black Friday is about differentiating your offers from your competitors. It’s not enough to slash prices. You must ensure that your deals offer the best possible value without sacrificing your profit margin on product quality.

Please bear in mind that vaporizing your profit margin is not the point. You must ensure you have the right strategy in mind. When you build an effective strategy, there is no need to blow your prices away.

Here is some food for thought:

As you can see, these figures have one key element in common: they don’t rely on pricing to drive sales. They rely on effective communication, timely interaction, and a segmented approach. Therefore, cookie-cutter deals won’t make it. You must find the right deals for your target customers.

Here are some key considerations:

Read on if you’re curious about specific strategies to boost your BFCM promotion ideas!

Grow your sales with high-performing deals.

4 Strategies to Guarantee Your Success this BFCM

Here are five key strategies you cannot pass up when it comes to ensuring your e-commerce site’s success this coming BFCM. Let’s go over them in detail:

Remember how we said that over 50% of shoppers do their holiday shopping before Black Friday? It’s never too soon to start working on promotions and sales for the BFCM period. Plus, if you start early, you can AB test different BFCM ideas, and when it comes to the big day (well, week or more!) you can use the best performers.

You’re much more likely to have a successful BFCM period if you plan out every detail. Start with these:

Your customers will likely have an inbox overflowing with BFCM promotions from various brands. While it’s important to build some hype and make sure your existing customers are aware of your offers, try to be creative about it. Consider an SMS campaign, or running targeted social ads rather than just relying on email.

#4: Urgency is your friend

Given that your customers have so many retailers to choose from with amazing sales during BFCM, it’s important to give them a good reason to prioritize your offers. A great way to do this is by creating a sense of urgency around your deals.

For example, you could run a different campaign every day during the BFCM period. Boots 50% off on Friday only, flats 2-for-1 on Saturday only, etc. If your customers know they don’t have all weekend for a specific deal, they will be encouraged to check out your store before others.

Alright, so we know what works. Now, let’s see some real-life examples in action. In this section, we will present some proven examples of Shopify BFCM deals you can use to draw inspiration for your Black Friday tactics.

Make it easy for your customers by offering pre-curated sets of products, sold as a single item in your store. Whether you’re selling clothing, garden supplies, ski equipment, baby products, or pretty much anything else, you can easily put together some pre-made bundles that encourage your customers to purchase several items without having to navigate to multiple pages.

Pro tip: Make sure you clearly highlight just how much your customers are saving when they buy a bundle.

If your products are available in different scents, colors, flavors, or other type of variety, letting customers create their own pack is a great BFCM strategy.

Rather than a pre-packaged bundle that might contain a product a customer doesn’t want, the freedom to pick and choose will both keep your customer happy and also expose them to more of your offerings.

Pro tip: Don’t include EVERY product – limit your selection so that your customers don’t have to scroll far or become overwhelmed with too many options.

Giving your customers a target price to aim for is a great way to encourage them to buy more products. There are many ways you can offer this:

You can also offer a discount when your customers purchase a certain number of products, for example, buy 3, save $40.

Pro tip: When setting a target price, consider your average order value (AOV). If your AOV is $20, but you are trying to encourage your customers to spend $150 to unlock a free gift, you might not have a lot of success.

Tiered discounts are a staple of BFCM promotion ideas. By offering 2 for $20, 3 for $30, and 4 for $40, you are encouraging your customers to purchase more. Tiered discounts can be effective when used for a specific product (such as consumable beauty products like lip gloss), or across your entire store.

Pro tip: This is a great tactic for moving overstocked products – set up tiered offers on your slow sellers and watch them fly off the shelves.

Customers love free stuff. After all, it doesn’t have to actually be free (you can build your cost into the bundle deal). All you need is to tell customers it’s free. There is a powerful psychological phenomenon when you use the word “free.”

Customers feel that they’re getting more value for money when you offer to throw in free products. Also, free products can be items that you want to clear out from your inventory. This Black Friday tactic gives customers a powerful incentive to follow through.

Pro tip: Base your free product offering on products the customer has previously bought, products they are currently browsing, or personalize your offer in some other way.

How Can PickyStory Turbocharge your Shopify BFCM Promotions?

With PickyStory, you can offer all of the promotions described above (and more!). Deals can be set up in just a few minutes, can be fully customized to match your store’s theme and your brand, and don’t require any coding. All you need to do is drag and drop deals onto your pages.

Importantly, PickyStory also auto-syncs to your Shopify backend; inventory is adjusted for each individual SKU when a bundle is purchased, and no out of stock items can be sold in bundles. Automating your promotions for BFCM has never been easier.

Finding the best BFCM deals boils down to defining your overall strategy. With PickyStory, you are on track to make this your most successful BFCM ever.

Grow your sales with high-performing deals. 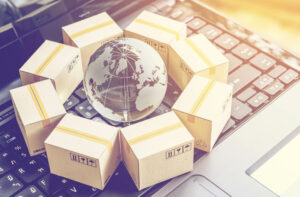 Shopify Multi-Currency: Benefits, How to Use, and Currency Converter for Bundles 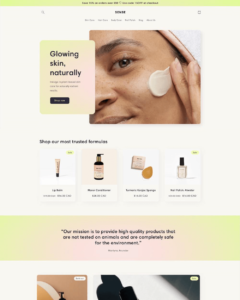 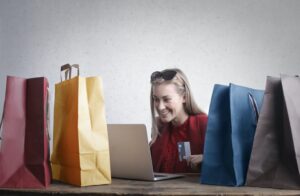 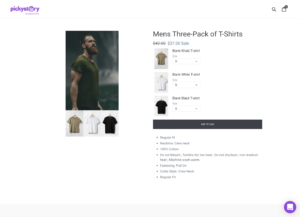 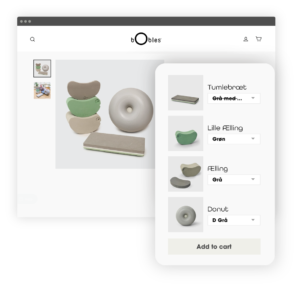 How to Use Shopify Bundle Discounts to Generate More Revenue

By entering your email, you agree to receive marketing emails from PickyStory.

Trusted by the fastest-growing
e-commerce brands

Get the Step-by-step Ultimate Guide for Bundles [2023]

Get the Step-by-step Ultimate Guide for Bundles [2023]

Get matched with the right partner.

PickyStory will do all the work to connect you with one of our awesome partners.

Trusted by the fastest-growing
e-commerce brands

By entering your email, you agree to receive marketing emails from PickyStory.

Trusted by the fastest-growing e-commerce brands